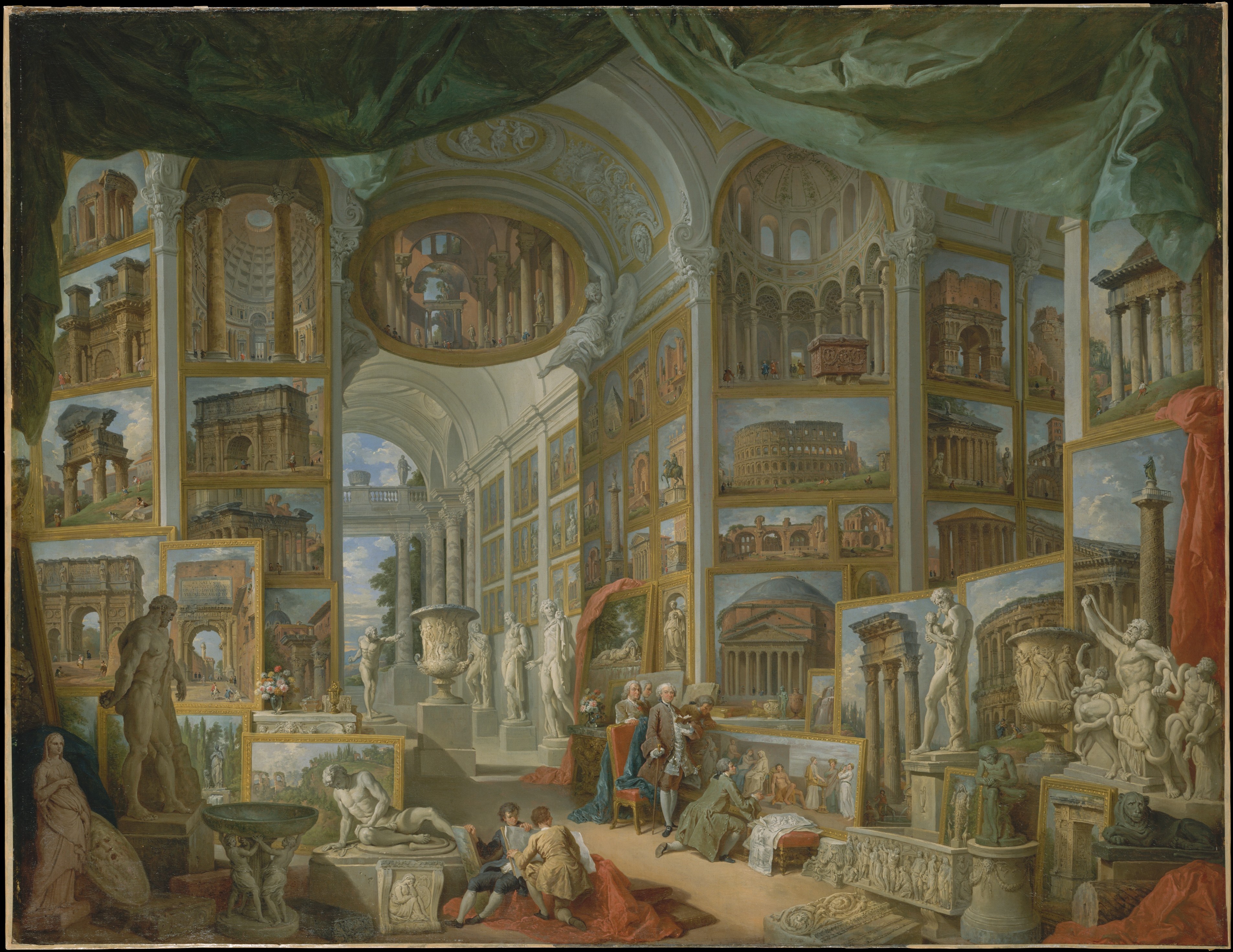 “Giovanni Paolo Panini’s most successful works were often his ‘vendute’ works – which are paintings of picture galleries containing views of Rome – this work almost depicts an optical illusion where the viewer is unsure whether the paintings are definitely works of art or merely windows out into Rome; through working along perspective lines and shifts within holes in the ceilings and draping curtains, it was evident that the contrast between the hung up works and those scattered around the gallery were to be representative of the importance of the work. Paintings of the interior and exterior of the Colosseum and Pantheon were hung up high whilst portraits of groups of women and gardens where laid below. The interior of the gallery itself is painted delicately to represent the fanciful and ethereal embellishment characteristics of the capriccio themes.

The positioning of the people in the middle are placed to show interest towards the painting and in specific, they are admiring a real-life painting of the Aldobrandini wedding – these people seen in the work are in fact Panini himself alongside his client, the Count de Stainville positioned directly center infant and behind of a chair – representational of how the Count’s body should be in full view rather than Panini who is clearly stashed behind a chair.”